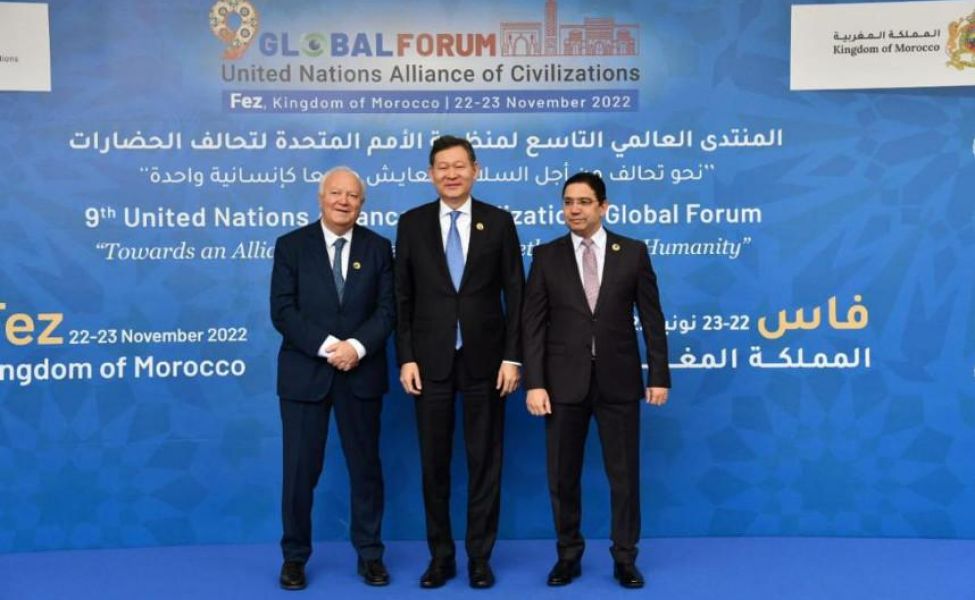 The forum was chaired by UN Secretary-General António Guterres and was also attended by the foreign ministers of Europe, the Middle East and Africa countries

Kazakhstan's delegation led by First Deputy Foreign Minister Kairat Umarov and Chairman of the Board of the Nazarbayev Center for the Development of Interfaith and Inter-Civilization Dialogue Bulat Sarsembayev took part in the 9th Global Forum of the UN Alliance of Civilizations, the press service of the Kazakh MFA reported. The forum was chaired by UN Secretary-General António Guterres and was also attended by the foreign ministers of Europe, the Middle East and Africa countries. In total, more than 1,000 delegates from 95 countries attended the event, including 44 ministerial-level delegations.

Speaking at the ministerial meeting of the Group of Friends of the Alliance of Civilizations, Umarov noted Kazakhstan's rich experience in building a tolerant society, as well as the unique model of interfaith dialogue in our country.

Special attention was paid to the initiative of Kazakhstan - the Congress of Leaders of World and Traditional Religions, as well as the results of the VII Congress held in September 2022 in Astana.

In particular, the Kazakh diplomat emphasized the importance of joint efforts of the international community to promote inter-religious, intercultural, and inter-civilization dialogue.

On the sidelines of the Forum, Umarov held bilateral meetings with High Representative of the UN Secretary General for the Alliance of Civilizations Miguel Moratinos, Foreign Minister of the Kingdom of Morocco Nasser Burita, Minister of State for Foreign Affairs of the Islamic Republic of Pakistan Hina Khar and Secretary General of the Council of Muslim Elders Mohamed Abdelsalam.